Back to showcase home

Social media algorithms favour videos over still content, so we create video advertisements for all vacancies.

Our client designs and produces powerful industrial gear units. They are a game-changing production facility, serving the global needs for sturdy large gear units with high torque. They work on the philosophy of "movement, innovation, and quality".

This prestigious company is seeking an experienced Applications Engineer for their South of the River branch.

You will be reporting directly to the State Manager. This role has been developed to assist the Products Manager in product sales as required. Working as part of the Engineering Team you will be responsible for providing technical solutions together with product promotion to all market sectors.

Mechanical Engineering or equivalent technical qualifications is essential. If you have some sales experience within an engineering/projects driven environment that would be advantageous.

They are regarded as one of the world’s leading specialists in their field and is located just South of the river, Perth. They employ approximately 15 staff in WA with the Australian head office in the Eastern States.

We constantly refresh, rewrite and reformat our job advertisements to optimise the quality of applications received.

Our approach is aggressive - we post around 20 advertisements for every permanent job.

Advertisements are posted on:

On average, our advertisements perform well above the market benchmark for Seek. This is shown in the graph below.

The Assessment Matrix is our blueprint for the recruitment process; it shows how we shortlist candidates.

Our process consists of screening, interviews, document verification, skills testing, personality profiling and reference checks. The ticks indicate the point at which each criteria is addressed.

We address all criteria at least once during the process. More important criteria are checked multiple times.

The individual needs to be able to take on an objective viewpoint in the role and put their own personal opinions aside, in order to follow the procedure. This role requires an individual who is able to conduct their work in a practical and efficient manner, whilst focussing on the practical side of the role and approaching problems in a professional and objective manner.

Generally, this role requires a person who is content to work in a supportive capacity where the procedures are established and need to be adhered to. The role is fairly structured and the person needs to be comfortable following a procedure rigorously, including being fussy about details and completing the job. This is the type of role where there is likely to be little or no change, therefore the individual needs to be disposed to working in a stable environment with little need to adapt, doing the same job over a period of time. Perseverance and loyalty to both the organisation and work colleagues are important qualities that the person should bring to the role.

Such an individual will be persevering and patient with an eye for detail ensuring accuracy in what they do. There is unlikely to be a great deal of flexibility in this role and the candidate should be motivated by a stable, unchanging environment. This is broadly a ‘Technical’ role where individuals may, for example, manage systems which require them to be impartial and objective, yet meticulous in what they do. The role calls for someone who will consider the facts objectively and spend time checking the data before acting. There may however, be occasions when the individual may be called upon to display a more dynamic style and in such instances the ability to rise to the challenge and take it in their stride to get the job done is an important aspect of the role.

Behavioural adaptation by the client to match the job profile:

Similar to people, jobs have their own behavioural profile that is based on duties, environment and communication.

We create a profile for every job vacancy, enabling us to match an applicant's behaviour against that of a specific role.

We use DISC, which gives us insight into how an applicant will react in certain situations. It examines the following attributes:

The three phases of our service delivery process are as follows:

Steps taken between a quote being accepted by our client, and a shortlist being presented

Steps taken between the job offer being accepted and employment commencing

Our aim is to produce a strong shortlist by sourcing widely.

We measure every stage in our recruitment process to ensure we meet this key objective.

Our service comes with an extended 18-month replacement guarantee.

This guarantee means our interests are mutually aligned - to recruit high achievers who will excel and stay. 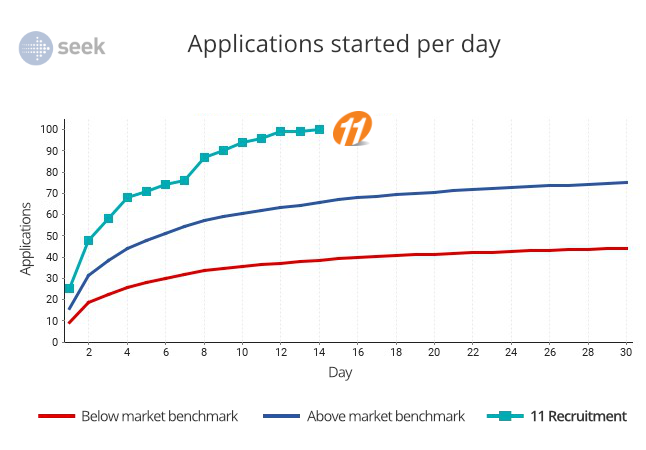